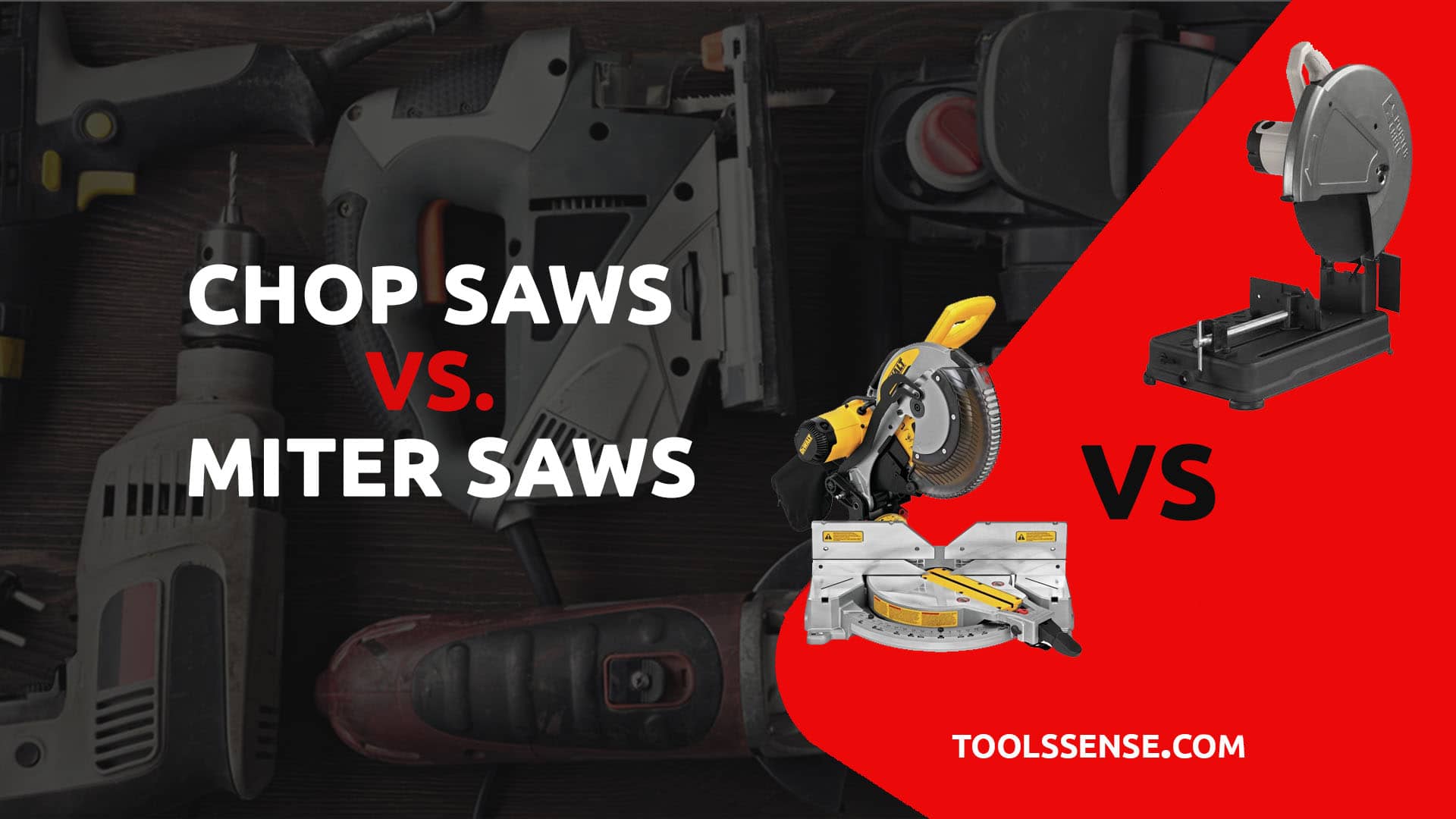 Often people get confused between a chop saw and a miter saw. But what if I tell you there are significant differences between these two power tools?

However, people who are not professional power saw users or beginners in this type of work will surely doubt that. In case you are also one of them, let me help you understand the differences between Chop saws vs. Miter saws.

So, let’s find out the differences between chop saws vs. miter saws:

The core difference between the chop saws and miter saws is the ability to cut angle, where chop saws are larger and powerful but can only cut straight 90-degree angles. On the contrary, Miter saws are more versatile and able to rotate and pivot as well. Miter saws allow angular cuts, which means you can get various cutting angles.

Chop saws are designed heavily and are more powerful than Miter saws, but they can only slice the material straight.

However, that is not all; there are other significant differences too, and I will try my best to help you understand each of them in today’s article below.

What Is The Difference Between Chop Saw And Miter Saw?

What Is A Chop Saw Good For? 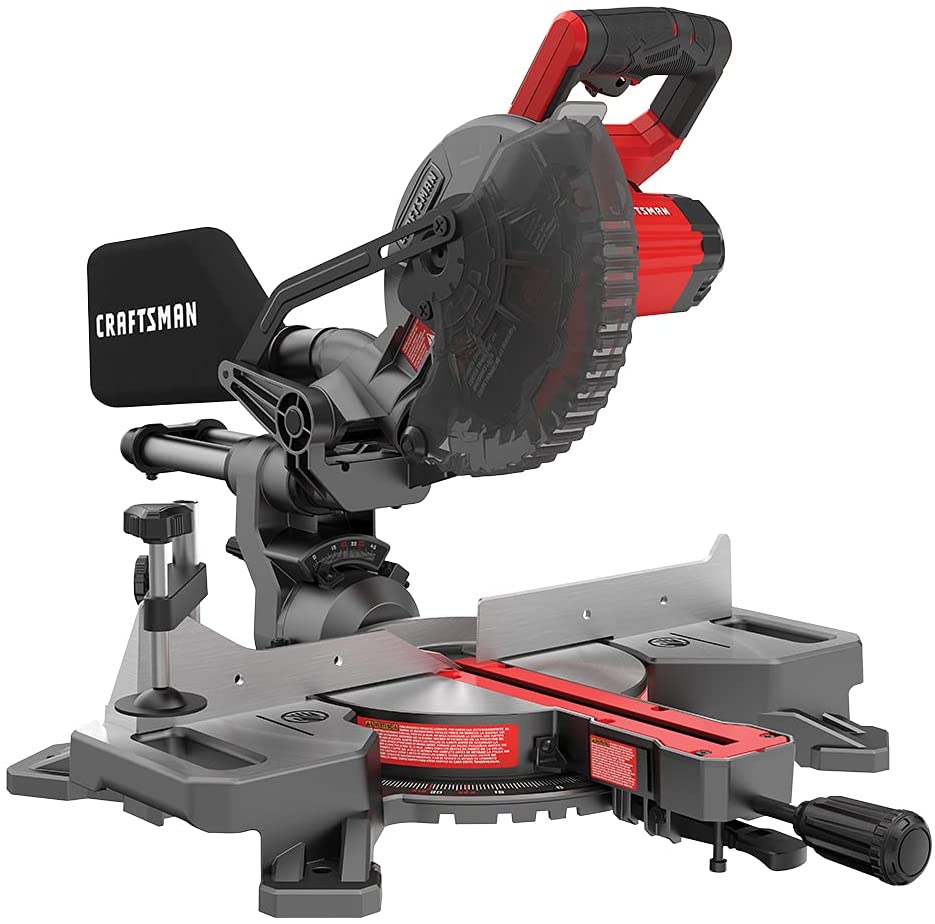 A chop saw has sheer cutting power and makes sure that you can easily cut through any robust material. Not only that, a chop saw can even cut through lumber with its embedded nails.


Because of its massive cutting capacity, a chop saw works best for home building and framing projects.

It also works tremendously well for construction or industrial workers since it is more powerful and can produce the most precise cuts with its toothless cutting disc. You can even buy different blades for your saw and customize it when required.

What Is A Miter Saw Good For?

Miter saws provide fast and accurate cuts. Besides, they are very effective for cross cutting small pieces (trim, baseboard, molding). And you can do angle cuts (around 50°) with a miter saw, which is convenient for most of the wooden work.

The only downside of the miter saw is it can only be moved up and down.
In a few words, miter saw is good for:

Compound Miter Saw Vs Chop Saw-Which One Is Better?

When you see a saw leveled as a compound miter saw, that means it has the rotating and pivoting capacity to serve angular cuts.

On the other hand, a chop saw is larger and more powerful to slice through any tough metal, but it can only cut into straight 90° angle cuts.

Therefore, you have to choose based on your need and type of work. For example, if you need a power tool for angular cuts wider than 6 inches, a compound miter saw is an ideal option instead of a chop saw. But when you are dealing with massive construction or home building tasks, you will need a chop saw.

Let me answer some common and frequently asked questions here-

Can a miter saw be used as a chop saw?

Yes, you can. But remember, chop saws tend to utilize an abrasive blade, which rotates at an aggressively faster speed. When you insert that abrasive blade in your miter saw, it will cause lots of fragments to fly off and clogging the miter saw, which will surely damage your miter saw and lead you to deal with an expensive repair.

Is a miter saw and a chop saw the same thing?

No. Miter saws and chop saws may seem the same type of tool, but they are different and works better on specific materials.

Do I really need a miter saw?

Firstly, it depends on your type of work. For instance, if your work is related to mostly molding, angle trimming, or baseboards, then a miter saw will be a better choice.  Secondly, if you can afford them both, better to pick both since each one works better in specific work criteria. But if you have to pick one, go for a circular saw instead of those two.

Which one is better for metal chop saw or miter saws?

Chop saws work great on slicing through metal, masonry, and concrete. On the contrary, miter saws can only cut metal with the correct blade.

So, while comparing Chop Saw vs Miter Saw for metal, using a Chop saw instead is recommended.

Although chop saws and miter saws seem the same, they are different in terms of use. And I hope by now you understand the significant differences between chop saws vs. miter saws and will not get confused between these two again.

This site uses Akismet to reduce spam. Learn how your comment data is processed.

toolssense.com is a participant in the Amazon Services LLC Associates Program, an affiliate advertising program designed to provide a means for sites to earn advertising fees by advertising & linking to Amazon properties including, but not limited to, amazon.com, endless.com, myhabit.com, smallparts.com, or amazonwireless.com.